Rumors are circulating that the next generation Cummins turbo-diesel will move toward a less-expensive, industry-standard technology. This change will remove a competitive edge that certain Ram HD pickups enjoy. 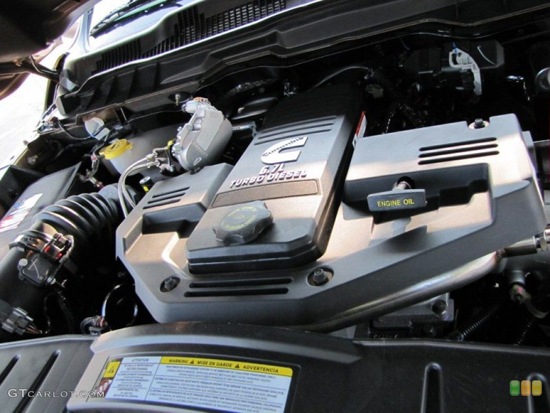 Rumors are swirling about the next generation Cummins diesel and how it will impact Ram HD pickup sales.

The rumor specifically deals with Cummins moving away from “its relatively expensive precious-metal catalyst strategy in favor of the proven  urea-injection technology. (Ram HDs don’t need to use urea-injection fluid tanks, whereas Ford’s Power Stroke and GM’s Duramax engines use urea injection)”, according to Pickuptrucks.com.

If Ram abandon’s their current system and goes with an exhaust system using DEF, they’re going back on their own advertising.

What’s even more interesting is that Cummins – which pioneered the catalyst system currently used in the Ram HD diesel truck – has made noise in the past about the legality of diesel exhaust fluid (DEF) systems. Some people at Cummins have said that any diesel engine which depends upon DEF to meet the emissions requirements isn’t technically following the letter of the law. Their reasoning is that a DEF truck can only stay legal if the owner refills their DEF tank on a regular basis. If a Ford or GM truck owner were to stop filling his or her DEF tank, the engine is no longer complying with the EPA rules.

This rumor seems to indicate that Cummins isn’t interested in “fighting the good fight” any longer, and perhaps that diesel truck buyers don’t particularly care about filling the cost or inconvenience of filling their DEF tanks.

About Diesel Engine Emissions Laws
Federal emissions regulations require diesel engine exhaust to be almost as clean as gasoline exhaust, with strict controls on the amount of Sulfur and Nitrous oxides and particulate matter that can be expelled. The auto industry has implemented a number of different systems to try and meet the regulatory requirements:

If this all sounds complicated and expensive, it’s because it is. The worst part? These regulations are becoming even more onerous in the near future. While clean air is obviously important, the specific rules developed by the EPA are in some ways unfair. What good are diesel emissions regulations if they make purchasing a diesel engine prohibitively expensive? After all, diesels are inherently more efficient than gas engines…that’s why they’re so popular in just about every country on the planet except the USA.