Jokes about “being full of hot air” aside, a pnuematic hybrid car is very close to production. While it’s not going to be seen in the USA (at least not right away) PSA – that’s Puegeot Citroen – has officially begun developing a car that will be partially powered by compressed air. 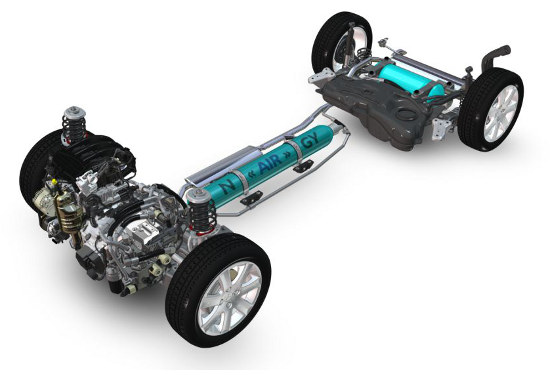 Why Use Compressed Air Hybrids?

There are a few good reasons to use compressed air in a hybrid, especially if you compare it to a battery-electric hybrid.

So, as you can see, lots of good reasons to use compressed air.

NOTE: Battery chemistry is immensely complicated…the explanation above oversimplified things quite a bit. The current Prius, for example, uses a battery with nickel, cobalt, and manganese, which Toyota calls a “tri-metal” battery rather than a nickel metal hydride…but you get the idea.

The trouble with compressed air is capacity. A relatively huge air tank isn’t going to take your vehicle nearly as far as a comparably sized battery pack.

Still, if a good sized tank were paired with a fuel efficient engine and used on a tiny little car the size of a Scion iQ, you could see substantial performance at minimal expense. Peugeot is saying that they can develop an affordable car using this technology that will get more than 100mpg. That’s awesome. 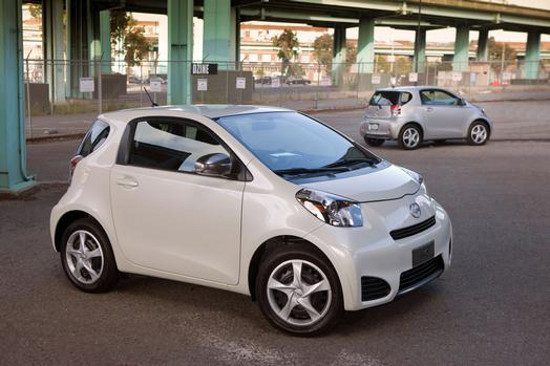 According to Peugeot, a car the size of a Scion iQ could get over 100mpg with a compressed air hybrid system, at a lower cost than a comparable battery-electric hybrid.

Here’s to hoping someone figures out a way to make this system work on cars of all sizes…nothing would please me more than to drive a truck that runs (at least partially) on air.