Annoying Tundra Seat Belt Buzzer – Can It Be Stopped?

There’s a growing number of people that are dis-satisfied with the annoying seat belt buzzer — you know, the one that reminds you every 6 seconds that you, or one of your passengers, isn’t currently wearing their seat belt.

We know, we know, if we were following the rules, we’d have the belt on and this wouldn’t be a problem.

For the record, SEAT BELTS ARE VERY IMPORTANT. In fact, THEY CAN SAVE YOUR LIFE. Not wearing one is stupid, and anyone who is looking for a way to deceive the system so that they can drive around without their seat belt on is a moron. While there are a LOT of excuses to explain why we don’t want to wear our belts (some of them good), that’s not what we’re trying to talk about here.

It’s not about excuses, right or wrong, saving lives, etc. It’s about finding out if something can be done. We’re going to put this info out their and then let you decide what to do with it.

Here are the options for disabling the Tundra’s annoying driver seat belt buzzer (aside from, you know, wearing your belt). Incidentally, there is a process for disabling the passenger seat’s buzzer — see your dealer. They plug your truck into the computer and re-program it. Some dealers won’t do it for you, and if they will do it, they’re going to charge you.

1. Get a seat belt extender from your dealer. Then, run the belt around the back of the seat and plug it in.

The extender is free, but some dealers won’t give you one unless you “look like you need it” (i.e. big-boned). Your dealer may not even know that this is something they should offer — have them refer to this TSB if they give you a blank stare when you ask for your free seat belt extender.

2. Find or make a spare seat belt buckle and plug it in.

The system determines your seat belt is fastened when your belt is plugged in. If you find or make a seat belt buckle and shove it in their, then the system will be fooled. Cost is just a junk-yard part or some quality time spent with some scrap metal.

3. Short out the seat belt sensor (or, put it on a toggle switch) so that the switch is always closed.

This is a bad idea that we don’t suggest, but it is an option. The reason we think it’s such a bad option — the new Tundra uses data from sensors inside the driver’s seat to determine if the airbag should be fired. If you start cutting wires and installing switches in their, you could damage or short out the sensors. That would cause your airbag to fail and not deploy when you need it. Worse, it could also cause your airbag to fire unexpectedly (sounds hilarious, but could result in serious injury). We suggest you throw option 3 out the window.

4. Remove or disable the buzzer in the dash that makes the noise.

With this option, you also lose the noise that reminds you to shut-off your headlights, to take your keys out of the ignition, or to check doors to make sure they’re closed. We think this is a bad option for all those reasons, plus, we like to avoid taking panels out of the dash if at all possible.

5. Fasten the belt, then sit in the seat.

Simple, but not very comfy.

Where does that leave us? In our minds, no where. We’re going to have to learn to deal with the noise or we’re going to have to put the belt on every time we’re in the car, regardless of circumstance. Unlike Ford, Dodge, and Chevy, Toyota didn’t give us an easy option to disable the reminder. 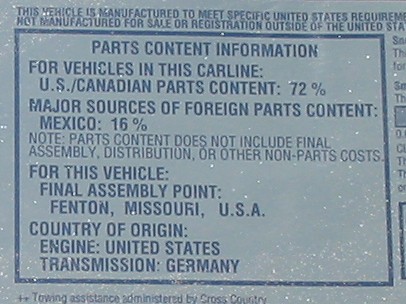 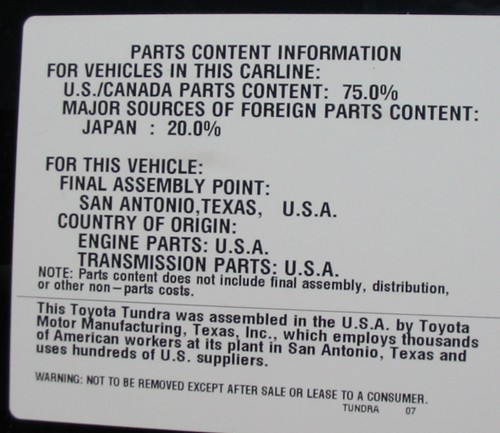 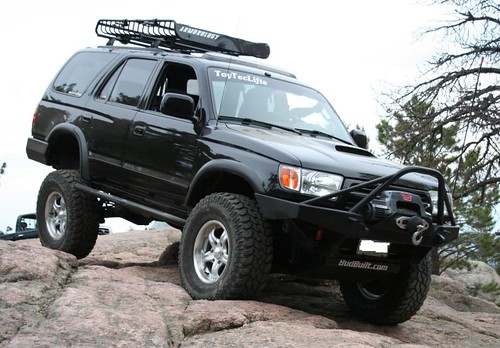 The new Sequoia, due out in 2008 as a 2009 model, is expected to share a lot of components with the new Toyota Tundra, from engines and transmissions to body and interior panels. As we reported earlier this month, a hybrid Tundra is expected to debut a year or so later.

One can expect a hybrid Sequoia to be offered at the same time (if not sooner).

Thank you to TheCarConnection.com!