While Honda makes everything from power tools to robots to mini-jets, an argument could be made that Honda is an engine company. Every major product line features some sort of fossil-fuel powered motor, and their worldwide success would seem to suggest that Honda knows a thing or two about building a great engine. 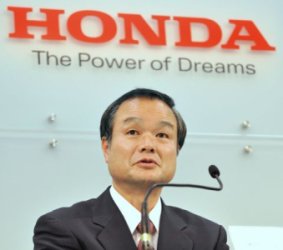 However, when the President of Honda Motors, Takanobu Ito, says that the era of big powerful engines is dead, his understanding of the US auto market should be called into question. Here’s the exact quote:

10 Most Outrageous Truck Quality Problems Of The Last Decade

All of the recent and damning evidence uncovered in the first-gen Tundra frame rust investigation has been discouraging. How could Toyota and the frame supplier Dana underestimated the potential for rust so profoundly? Why has Toyota let this issue go so far? Clearly, a critical error in quality has been made. Toyota’s image will depend on how they take care of the problem.

However, no matter what you may think about the Toyota Tundra frame rust issue (we think it stinks), this problem is fairly comparable to problems that other truck manufacturers have had in the last decade.

Here’s are the 10 most outrageous truck quality issues of the last 10 years:

10 Features and Improvements Needed On the Next Generation Tundra

Toyota typically redesigns their vehicles on a 5 year cycle, meaning that the next generation Tundra is due out in just a couple of years. We’ve been told that a diesel Tundra isn’t on the to-do list anytime before 2012 (not until the truck market “recovers” – whatever that means), and that hybrid and HD Tundras still seem to be a few years off (think 2015). 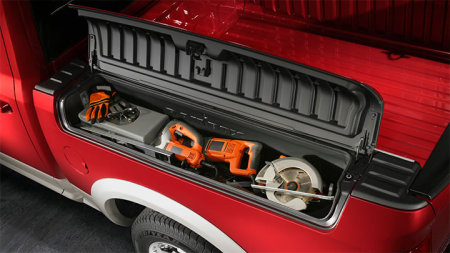 Toyota should copy the Ram Box feature on the next-generation Tundra.

We’ve been doing some housekeeping this weekend to the website and we decided it might be interesting to conduct an informal reader’s poll. It’s just for fun – answer as many or as few of the questions as you like.

Once you’re done, submit your answers to see the results.

Ram Is Becoming A Stand-alone Brand

Chrysler – which is now managed by Fiat – is going to spin off the Dodge Ram as a stand-alone product line. The full plans for the new Ram brand are being given to the U.S. government today, and The rumor is that the Ram brand will make it easier for Fiat to manage the marketing of the Chrysler brands. Here’s what the new Chrysler landscape is supposed to look like: