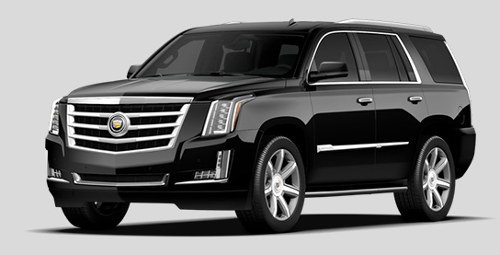 Personally, I’m not a fan of the $71k Escalade (give me a Tundra CrewMax and $30k instead). However, Escalades are kind of important to Cadillac:

While it’s true that finding an Escalade in NYC is about as hard as finding a little old lady wearing a fur coat (Escalades are everywhere in NYC, sometimes with diplomatic plates), New York City isn’t Escalade country. Outside of livery drivers and diplomats, most New York City residents find little value in owning a big giant SUV in a city where parking is a nightmare and driving 7 blocks across town can take an hour.

If Google’s nifty “trends” search data is any indicator, “Escalade Country” is the Gulf coast of the USA. Or maybe Texas. Or – dare I say it – but maybe even Michigan. But NYC? Not a chance.

The point? Cadillac’s move to NYC smacks of desperation. Cadillac has struggled to sell decent (albeit not spectacular) vehicles that are comparable to German cars, but it’s not because Cadillac is headquartered in Detroit. The reason is much simpler: Cadillac vehicles cost too much. Why buy an ATS Luxury Sedan for $40k when you can have a BMW 328i for the same figure? The BMW has cachet. The Cadillac (for a lot of reasons, some of which aren’t really fair) does not.

This is a Cadillac Fleetwood, circa 1993. It’s going to take some people a long time to forget that this was an actual Cadillac.

Don’t get me wrong (I’m not weighing in on the 328i vs ATS debate here), but the calculation the average consumer is making is pretty simple. Option “A” is a cool car from an established and coveted brand. Option “B” is a Cadillac.

Until Cadillac prices their vehicles to undercut the competition, they’ll be forever behind. NYC headquarters or not.