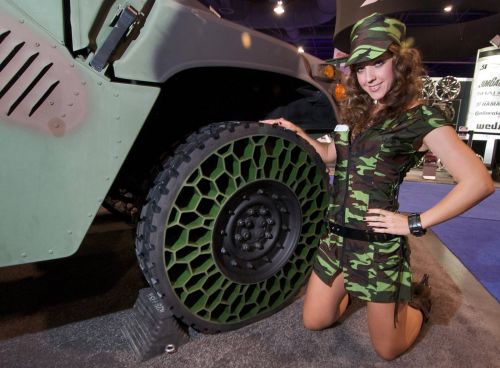 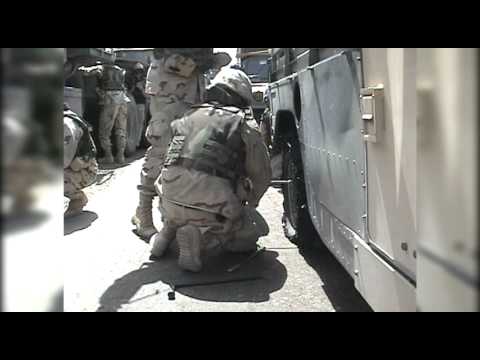 The Non-Pneumatic Tire (NPT) is the result of 21 months of testing of a tire solution that doesn’t require on a balloon of air to provide stability, traction or shock absorption.  By using a plastic honeycomb design wrapped in a rubber tread, the NPT is unaffected by the kinds of punctures or damage that would render a traditional air-filled tire useless.  In addition, the radical new design weighs the same as the current wheel and tire set installed on military Humvees and features a 100,000 mile lifespan before needing to be replaced.

Resilient plans a fully-functional prototype tire to be made available for use by the American military sometime this year.  That being said, since this is a military project, the tires could very well already be out there in a limited capacity for testing purposes.  The potential for these tires to eventually trickle their way down to civilian use is strong, as companies such as Michelin have been involved in developed a non-pneumatic tire for many years.  If Resilient Technologies and Michelin have their way, these bulletproof tires could soon make blowouts, and all the dangers associated with them, a thing of the past.

The question is, will these tires make it to your truck…and will they be better than a regular old pneumatic tire?