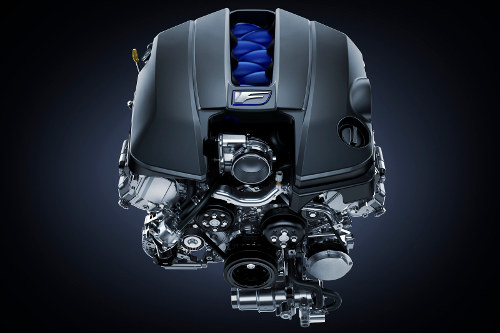 Toyota’s typical pattern is to produce an engine for about 10 years. The Tundra’s 5.7L came out in 2007, and since the 4.6L is basically a down-sized variant, it’s probable both of these engines will be replaced or substantially upgraded in the next couple of years. 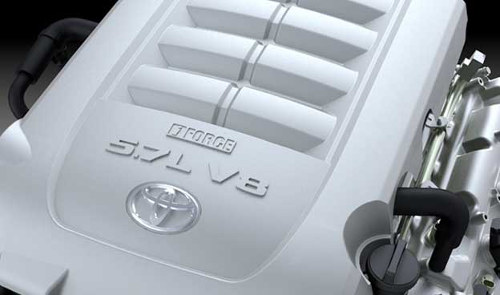 Toyota’s 5.7L V8 is 7 years old now, and Toyota engines don’t tend to live longer than 10 years without major improvements. The odds that we’ll see a new engine family – or a major improvement to the existing engines – by 2016 or 2017 are very high.

But the question is, replaced with what? Diesel rumors aside, designing a new V8 just for the Tundra doesn’t seem probable. New engines cost money, and the existing 5.7L and 4.6L V8s are adequate as-is. With some “tweaking,” they could both be considerably more efficient…which brings us to the Atkinson cycle.

The “variable displacement” system in the new Lexus RC F (which, for the record, is a beautiful car) works as described above. 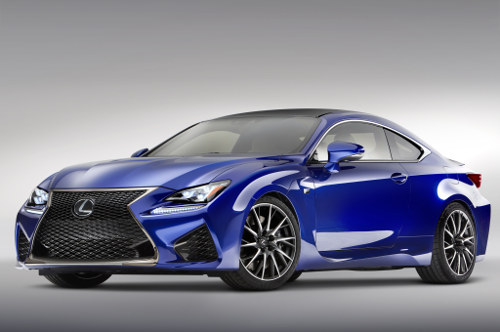 The new Lexus RC F comes with a 450hp 5.0L V8 featuring “variable displacement.” Basically, the engine will switch between Atkinson and Otto cycles, balancing the power capabilities of the Otto cycle against the efficiency of the Atkinson.

NOTE: Holding intake valves open during the compression stroke sacrifices total power output about 30% (give or take). A 30% power sacrifice is not something truck or sports car owners want during acceleration, towing, etc…which is why switching between the Otto and Atkinson cycles is so valuable. The engine’s maximum efficiency improves without sacrificing peak output.

If the Atkinson technology used in the Lexus RC F were brought over to the Tundra’s 5.7L and nothing else was changed, we’d see no loss of peak torque or horsepower, yet about a 10% improvement in fuel economy. If the transmission was updated to 7 or 8 speeds, we’d see another 5-10% increase in gas mileage.  Add these two improvements up and the next-generation Tundra 5.7L might be able to hit 22mpg on the highway, while the 4.6L might hit 23 or 24mpg.

Throw in some other fuel economy enhancements (electric power steering, variable valve lift, an ‘eco’ driving mode that reduces power to save gas), and it’s conceivable that the next Tundra powertrain could hit 25mpg+ highway, and 17-18mpg in the city.

If these numbers don’t impress you, consider:

Going this route, Toyota would be able to keep the costs of the Tundra’s new powertrain low and improve fuel economy without sacrificing any power.

To be clear: The fuel economy ratings offered above are just informed speculation. I also have no confirmation on the notion that Toyota will keep the 5.7 and 4.6L V8s. However, it says here that Toyota will be bringing a variable displacement V8 to the Tundra at some point in the next 2 years, using the same system found on the RC F.