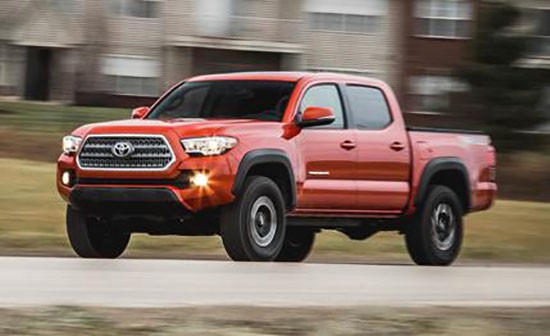 Typically, April starts a good run of truck sales with the winter weather now leaving most of the country and the spring thaw gets buyers interested in buying new vehicles. Toss in the fact, the economy seems to be stable and auto sales are skyrocketing with an estimate of more than 17 million units sold by year end.

This month  saw most trucks seeing growth. Here is how they finished.

As you can see, Ford added to their lead, Chevy continued to grow along with Ram. The Tacoma had a great month which means the Tundra sales slipped due to how they setup the factory. The Colorado and Canyon are putting together good numbers although, combined, they still fall short of the Tacoma. Heck, the well outdated Frontier had a good month.

With the continued rising sales, it will be interesting to see if any manufacture announces new production facility plans. From our view, all production facilities are running at or over capacity, yet executives are leery about building any new facilities. Seems like everyone is projecting sales must drop at some point. One has to wonder when the Ridgeline and Titan come fully online and into dealer lots if this will finally saturate the market. Until then, it is fun to watch the continued sales climb.