For years, hybrids have often gotten a bad rap of being pokey to drive and underpowered (see: Prius). This is quite often true with auto makers sacrificing performance for fuel economy. However, if one automaker has gotten hybrids figured out, it is Toyota and Lexus. This Lexus hybrid quite simply defies expectations. 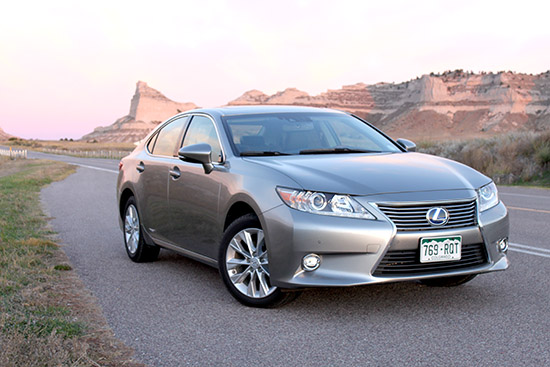 While great styling is often in the eye of the beholder, it is hard to dismiss the classic luxury styling of the 2015 Lexus ES 300h.

When they dropped off the 2015 Lexus ES 300h, I wasn’t honestly that impressed. Unlike the RC-F, I recently had or even the IS series of vehicles, the ES is rather bland looking. Initially, my excitement was quelled with thinking, “here is another base Lexus.” Sure, it sounds a bit conceited to not be over the moon on a Lexus sedan, yet when you drive as many of them as I do, you want a little bit more. 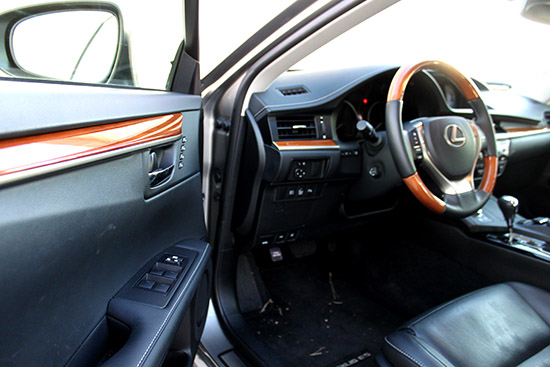 How can you not want to hop in and take a ride?

Driving the sedan on the highway and around town, it is quite impressive. The powertrain feels so well balanced for the vehicle without plenty of power. Plus, if you want to have some more fun, flip the switch to sport mode and voila! You almost have a different car entirely. 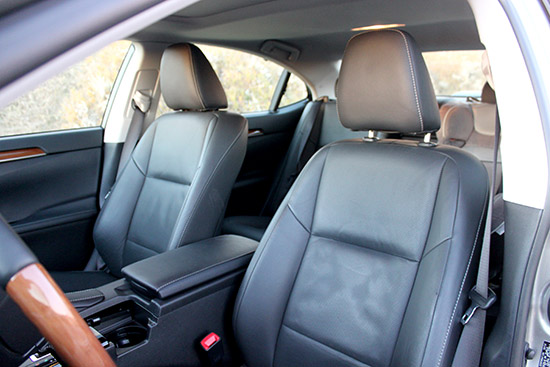 Roomy and comfortable, Lexus has luxury interiors down pat.

While, I may not have been overwhelmed by the styling on the onset, the more fun I had behind the wheel, the more I started to look favorably on the exterior and interior styling. Lexus has this classic look down pat. From the exterior styling to the luxury interior, the Lexus ES 350h is one of those cars that grows on you. The interior is so well laid out and the seats are so plush, it is one of those cars you can drive around in all day without getting fatigued. 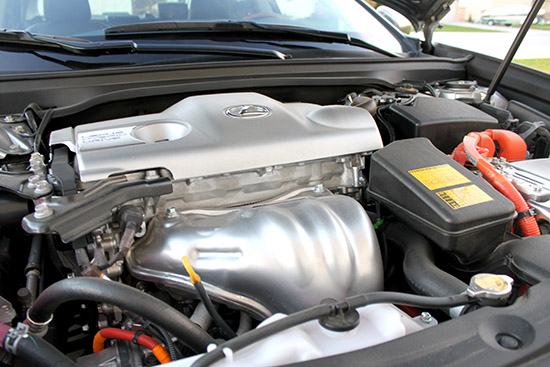 The engine bay is pretty packed with the hybrid technology.

During my week, I put several hundred miles on the car driving back from Colorado. If you know the road coming through Cheyenne, then you know it includes nearly 4,000 feet of elevation changes and speeds in the upper 70 MPHs. Also, it is quite often windy through this area and most vehicles either struggle maintaining speed or tire you down fighting the conditions. The 2015 Lexus ES 350h did neither. It easily held the speed with its 2.5L inline four-cylinder engine with electric drive motor mated to a electronically controlled continuously variable transmission (CVT). This powertrain produces 200 HP and turns a pretty fast 0-60 in 8.1 seconds (1 second slower than the non-hybrid). 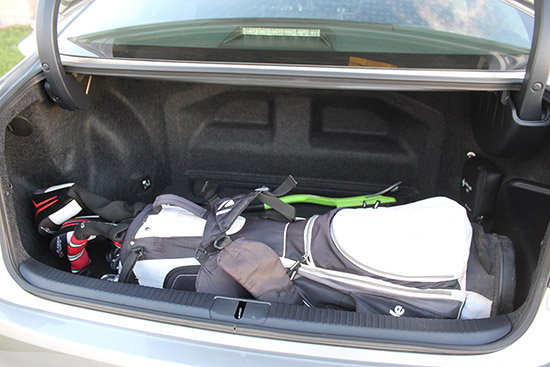 Lexus was wise to cut out the space behind the wheels for golf clubs to fit in perfectly.

Besides the powertrain, the suspension held its own against the bumpy road and high winds. Lexus equips the ES 300h with MacPherson struts featuring coil springs and gas-pressurized shocks absorbers plus front and rear stabilizer bar. Also, the steering is really responsive with an electronical power steering (EPS) system that responds to minimal input. 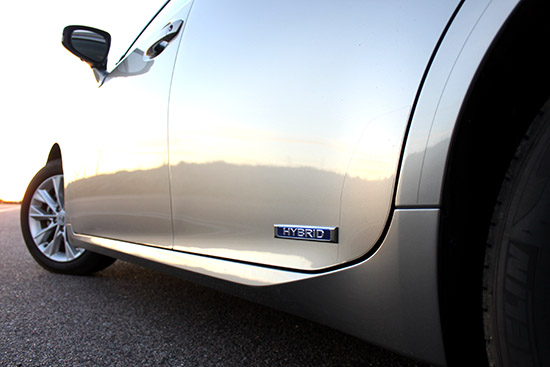 Besides this symbol reminding me it was a hybrid, I often forgot.

All of this equipment on the 3,682 lb sedan combined with a pretty good start/stop system returns an EPA-estimated 40/39/40 MPG city/highway/combined fuel economy. This is made even better when you consider the non-hybrid ES is rated at 21/31/24 MPG city/highway/combined. Oh and ES hybrid is only $2,900 more than the non-hybrid. With a difference of 16 MPG combined and priced less than $3,000, I would say the hybrid is the one to get. 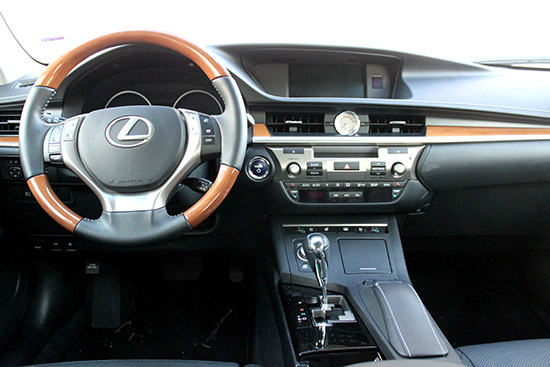 About the only complaint I have on the ES 300h is the lack of upgraded technology features.

About the only thing I’m starting to see as an area to improve on is technology. Compared with competitors, it feels like Lexus (and Toyota) are falling behind in technology. This is a critical area for all automakers with the next generation of car buyers increasingly valuing technology features in vehicles. 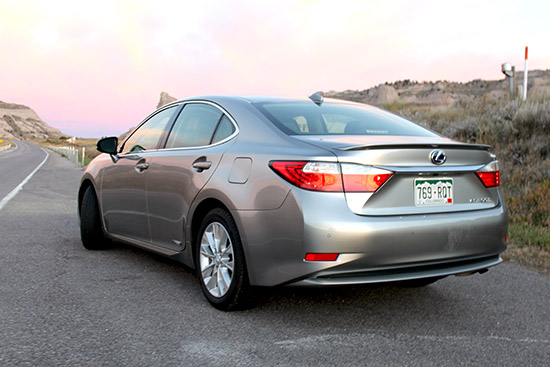 Classic luxury styling wraps up the rear of the 2015 Lexus ES 300h.

In the end, combining Lexus vehicles stellar reputation for quality with 40 MPG combined fuel economy all for under $50k makes it a solid choice in the luxury market.