2014 Tundra – Underwhelming, But Probably The Truck We Need

Toyota is a smart, profitable company. They look at the big picture, assess their opportunity, and act accordingly…which explains why the next-gen 2014 Tundra is: 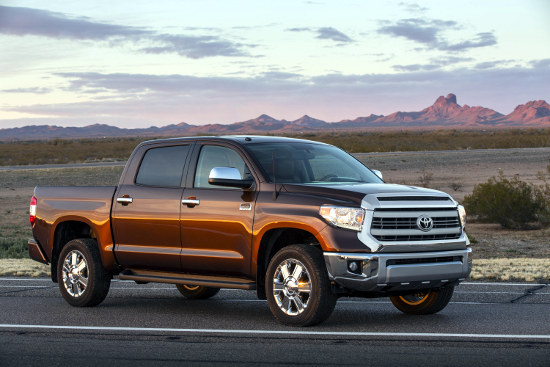 All of these changes speak to Toyota’s best opportunity for growth: The older and relatively well-off family-truck buyer. He or she probably has a Toyota or Lexus-brand car in the garage right now, and they’re thinking about buying a truck to haul the boat, pull the ATVs, and/or to bang around in from time to time.

Many companies construct “personas” to try and capture the wants and needs of their typical buyer. At Toyota, I’d guess this persona is a male in his late 40’s or early 50’s. He has good experience with the Toyota brand, needs a truck for some odds and ends, and is well-off compared to the average truck owner.

Is this buyer thinking about fuel economy? Not really. He’s probably looking at a top-end crew cab truck, which is expensive enough ($40k+) to mean that he’s too well-off to stress out over an MPG or two. Don’t get me wrong – we all want better fuel economy – but it’s not going to make or break a purchase for this guy…which is why Toyota isn’t trying to match Ford’s EcoBoost or Dodge’s Pentastar. 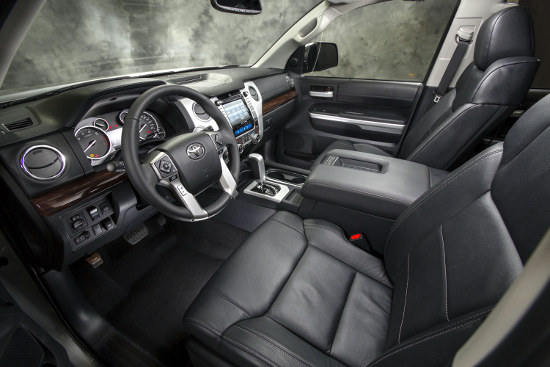 Is this buyer thinking about maximum horsepower? Sort of, but not really. No one wants to buy a weak truck, but our average buyer isn’t going to fret over his max hp rating too much…which is why the 5.7 Tundra engine (which is still a powerful engine) is good enough.

Is this buyer worried about max towing? No. First of all, he’s probably not buying a truck to pull something huge…more likely a boat or ATV trailer than a 28′ RV. Second of all, if he needed lots of tow capacity, he’d be looking at a larger diesel from Ford or Dodge.

Is this buyer a hard-core off-road enthusiast? Probably not. If he was, he’d be looking at the Tacoma, FJ Cruiser, or LandCruiser…which is why Toyota isn’t trying to compete with Ford’s F150-based Raptor.

Is this buyer thinking about cost of ownership, quality, and reliability? You bet. This guy reads Consumer Reports, pays attention to JD Power and other quality and reliability studies, and does a lot of research online. He considers himself to be a smart, informed buyer, and he isn’t an impulsive vehicle buyer.

If you think about who this buyer is (and I’m guessing that I’m describing a lot of our readers), than the 2014 Tundra is a great option.

Did Toyota dramatically advance the truck industry with the 2014 Tundra? No, and that is surely disappointing. While new fuel-saving technologies are on their way, they’re not happening right now. For the next couple of years, the Tundra’s EPA fuel economy ratings are going to be a weak point.

Still, when you look at the truck buyers need – something durable and reliable that holds its’ value – the 2014 Tundra is everything the previous model was and then some. 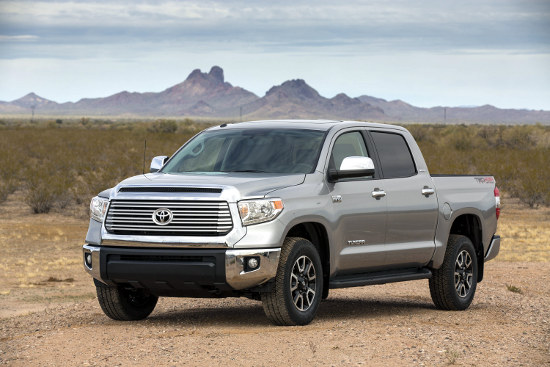 By keeping the same basic mechanicals, the 2014 Tundra is likely to be just as reliable and durable as the truck it replaces…but that also means we’re not getting any sexy new features to lust after.

Bottom Line: The 2014 Tundra is more like the good-looking girl next door than a sexy new supermodel. While the supermodel is more fun to fawn over – and far more exciting to lust after – the girl next door is fun, trustworthy and a far better option long-term.

The 2014 Tundra isn’t the truck we lusted for, but it’s still a safe, reliable, and durable pickup that stands up to competition.