Our latest trip through the Lexus IS lineup is the base 350 model. While this model lacks to the F SPORT performance package, it doesn’t disappoint. During the week I spent driving it, one thought kept going through my mind. Is the F SPORT package worth it? 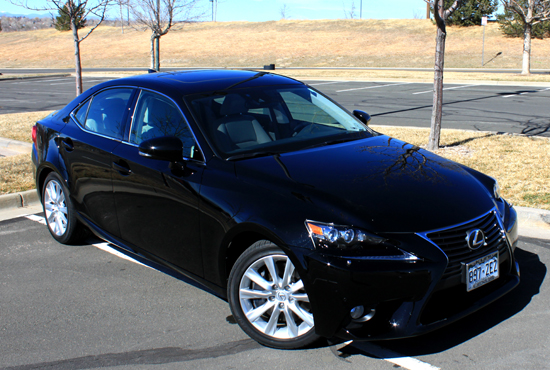 The Lexus IS 350 is really sharp looking.

The Lexus IS series has been receiving lots of acclaim as of late.  In my earlier review IS 350 F SPORT, I noted how this made sense. The reason? Most reviewers love speedy cars that perform well on a track. The IS 350 F SPORT is one of those cars. However, it does beg the question. What about everyday driving? Is the F-SPORT really necessary?

Truck guys understand this point of view. For years, Toyota has offered three different trim lines for their trucks. Each of these trim lines has pros and cons. Yet, they don’t have a big performance advantage. The IS 350 does with F SPORT or no F SPORT.

What does the F SPORT give you?

First, Lexus says the F SPORT is an upgrade of about $4k over the same base IS 350. Also, the F-SPORT has lots of interior and exterior upgrades like:

That’s great and all, but what about performance. The F SPORT has: 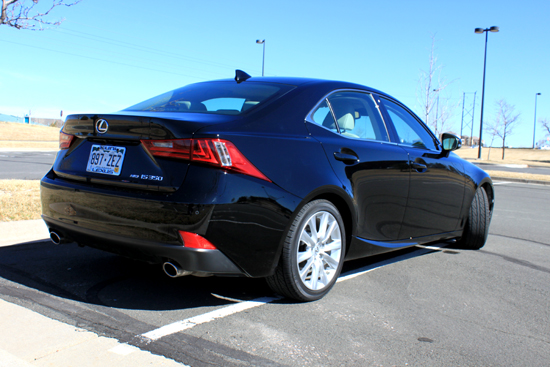 From the rear, you can see the sleek lines running down to the front and how well the tail lights blend in.

The IS 350 is still one sharp looking sedan even without all the fancy F SPORT styling and badging. It really does a good job of copying BMW 3 Series look, its main competitor. The lines flow nicely together with each other with the door handles blending in nicely.

From the rear, the tail lights do a great job of blending in with still being functional. It has the tail fin for added stability and a dual exhaust. Yet, the exhaust doesn’t sound all that mean or rather, mean enough to have a dual exhaust.

When discussing the differences between the two models, it is really all about driving impressions. Yes, the interior and exterior have differences, but really, when you mash on the gas, you want to feel a difference. The truth is you do. It seems the tuning and extra drive mode really do help the unleash power of the 3.5L V-6.

Does it matter? Not really. Consider how many times you really, really get the chance to mash on the gas and drive like a mad man. Not that many I would wager. For the vast majority of the time, you are really driving in “normal” mode and sitting in traffic – or at least I am.

However, driving fast is a lot of fun! While I was out driving the IS 350, I happened upon a Porsche 911 Turbo. We were both doing about 80 and I was feeling a bit cocky I suppose. Then, it occurred to me. The Porsche is one of the fastest production cars on the planet. It could literally smoke me standing still. Yet, it was a lot of fun driving the Lexus next to the Porsche. This is, I realized, is a big part of owning a Lexus. You want to feel like you have one of the nicer, more luxurious sport cars on the road. The IS 350 gives you that.

It doesn’t, though, give you the most luxurious ride and I found it was OK overall. I drove the same roads that I drive my Tundra over and I thought the IS 350 was just moderately better and at times wasn’t better at all. For me, I thought the Lexus sedan should ride a LOT better than a full-size truck. This told me, this isn’t a long-travel luxury car. It is a sporty, city car. 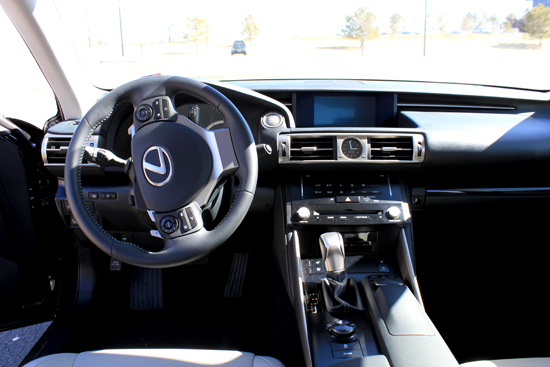 The interior is all Lexus. It is stylish and full of premium materials, yet the differences between the models wasn’t incredibly apparent to me.

For this article, I put together the list of differences between the F SPORT and non F SPORT models. I was astonished to see the differences in the interior. While the LFA inspired dash is really awesome, it doesn’t really add much functionality improvement. I found the dash in the IS 350 to be just as easy to read and use.

Also, this Lexus still has the funky mouse navigation system which really is quite handy. Plus, the recessed navigation screen, while it may seem like a small thing, is really a great design feature. I personally wish all vehicle designers would do this. The screen is just so much easier to read during the day.

Remember how much I disliked the seats in the F SPORT. No problems here, the seats were plenty wide enough for my hips and it was a LOT more comfortable to ride.

EDMUNDS: If you’ve been wanting a roomier IS sedan with a high-end interior, the revamped 2014 Lexus IS 350 is right up your alley. It’s less convincing as a sport sedan, however, and more demanding drivers will likely prefer its European rivals.

MOTOR TREND: It remains fun to drive even without the F-Sport upgrades, and its comfortable and attractive interior delivers on the brand’s luxury promise. Wherever this IS sits on Lexus’ route to enthusiast recovery, we hope the automaker keeps on the pace.

The bottom line is if you plan on passing a lot of Porsche 911’s on the highway, you could probably stick with the base IS 350 and be just fine. However, if you got the money, what’s $4k for the flying back in the seat excitement the F SPORT delivers.

What do you think? Does the F SPORT seem worth it?