Last week, Tundraheadquarters.com editor Tim Esterdahl was in LA for the 2014 auto show. While this show is not normally known as a “truck show,” the unveiling of the Chevy Colorado ZR2 concept garnered quite a bit of buzz. Here is his recap from the truck. 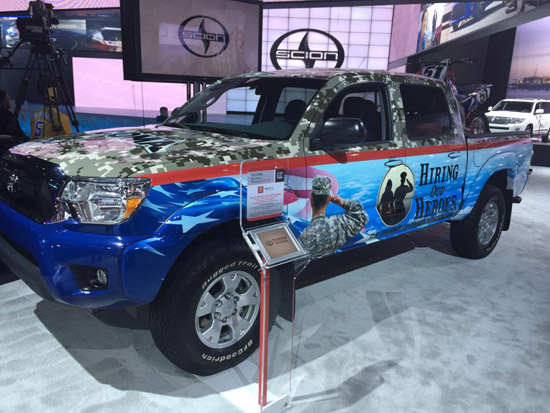 The LA Auto Show is typically home to fuel-efficient and green technologies. While there were plenty of examples of this with VW’s hydromotion Golf concept, the Ram EcoDiesel winning a green vehicle award and a green car driving experience outside, the news, for me, was the Chevy Colorado ZR2 concept. 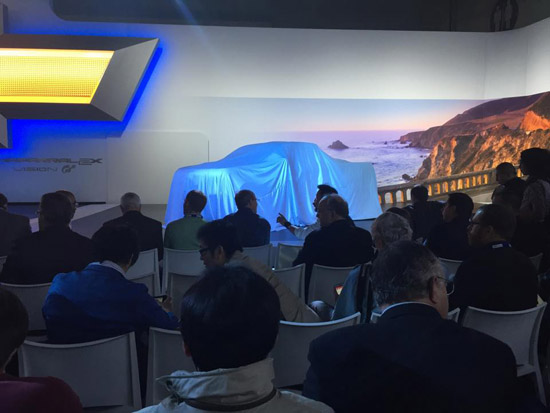 With the Chevy press conference as the last one of the day and, after scouting out the display prior to the event, I grabbed a seat to get a good view of the Colorado ZR2 unveil. Chevy did the normal reveal with the pomp and circumstance and top executive, in this case Mark Reuss, doing the honors. After the curtain was pulled, the truck guys, including myself, were stunned. Simply, stunned. This truck’s look and features are remarkable.

In case you missed the news, here is a quick recap of the features:

Let’s break that list down. We have a truly off-road truck with a wider stance, locking differentials, King shocks, diesel engine and a really great, tough exterior look. What about this doesn’t get a truck go excited? Nothing. 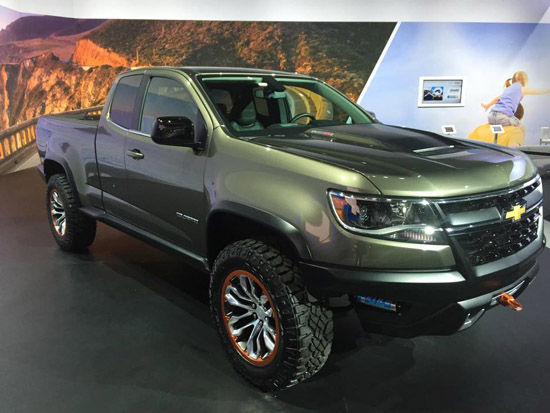 Side profile of Colorado ZR2.

I spent a considerable amount of time talking with GM reps, listening and talking with other outlets like Mark Williams at Pickuptrucks.com and several guys at Truck Trend. They all were pretty darn impressed by the offering and so was I.

Chevy says the truck will be built if the customer feedback is strong. The reality is they have 98 percent of the parts ready to go to production. The key items would be the grille and bumpers. These items would need to be added to the accessory assembly line and parts system. In case you are thinking the diesel engine, it is already on its way.

With the perceived markup and profit gained by offering a ZR2 package, Chevy would make a very unfortunate decision if they didn’t offer this truck. In plain English, they would be idiots.

As I left LA, I had one thought on my mind.”Let the Tacoma TRD Pro and Chevy Colorado ZR2 comparisons begin.”

Side profile of Colorado ZR2.