“Have 2003 Tundra with rusted out frame and 62,000 miles. I can’t adjust alignment because the frame has fused with those parts. So much for my new tires. Cross members are also shot as well as rear bumper attachments. I love the truck, it’s just that it is now worthless and dangerous in this condition. Two years ago the gas filler pipe rusted out – what gives?” 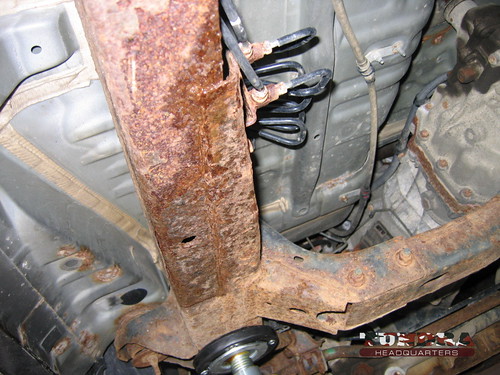 This 2003 Tundra has 62k miles and significant frame rust.

The stark contrast between the rust on the frame and the nearly rust-free underside of the body panels is quite telling. Clearly, there is something wrong when two pieces of metal in nearly the same space rust at vastly different rates. More pictures follow…

Accusations of frame rust on the Tundra, unfortunately, aren’t new. However, this is the first time that a 2003 Tundra has been found with significant rust (at least that we’re aware of). We covered a story about frame rust issues on 2000 and 2001 Tundras a few weeks back, and at that time the evidence was limited to these older trucks. 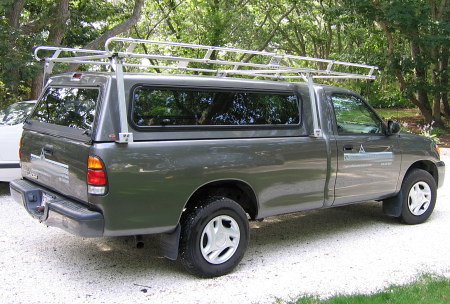 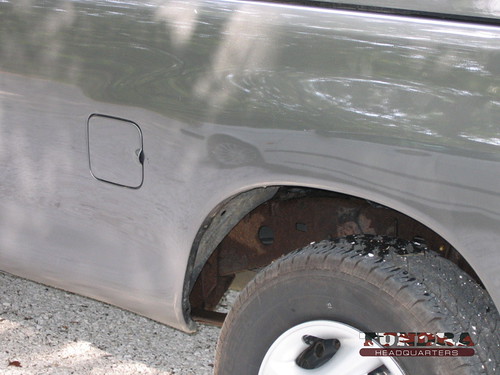 Frame rust visible from inside the rear fender.

The fact that only 2000 and 2001 Tundras have had signs of frame rust is significant. In a press release, Toyota acknowledged the possibility of a frame rust problem on the Tundra that corresponds with a frame rust issue on Tacomas of the same model years. Our assertion from Toyota’s press release is that 2000-2001 Tundra and Tacoma frames had the same defect/issue that led to this rust problem. If 2003 Tundras also show this problem, it’s possible that all Tundras through 2003 could have frame rust issues. 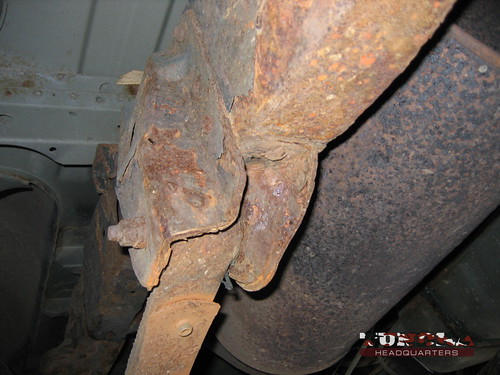 Obviously, this is alarming news for many 1st-gen Tundra owners. If you own a 2000-2003 Tundra, you are advised to take the following steps:

Check those 1st-gen Tundras! If your Tundra’s frame has rust, take the time to file complaints with Toyota and NHTSA – they can’t deal with this issue if they don’t know how big it is.

UPDATE: The vehicle owner has sent us some more info:

“First and foremost, I have always washed under the truck since new with a garden hose spray during the winter months as well as warm weather. I park next to my wife’s car, a 2000 Saab with 120,000 miles. WE drive the same roads and her car has almost no rust. I wash under it as well…The longer Toyota delays helping out on these defects, the more devalued my truck and others become.“