Earlier this week, a Toyota factory worker from Kentucky contacted us to share a link to NoUAW.com. According to this website’s about page it was created by some current employees at Toyota’s plant in Georgetown, Kentucky (known as TMMK in Toyota circles) who aren’t too happy with UAW efforts to unionize their plant. 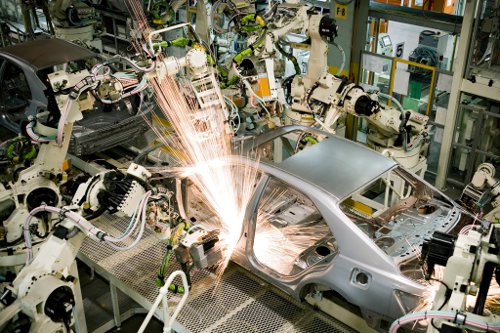 Operating since 1986, TMMK is one of Toyota’s oldest US facilities, as well as Toyota’s largest plant outside Japan. TMMK employs about 6,500 workers and builds 500,000 vehicles each year. Mostly, these vehicles are Camrys, but TMMK also builds the Avalon and the Venza. Arguably, TMMK is Toyota’s most important plant in the United States…which is one of the reasons the UAW has tried to take over the plant for the last 20+ years.

There’s one other reason the UAW has been after Georgetown – they need to unionize Toyota workers if they want to survive. According to this NY Times article:

The U.A.W. is also just plain desperate for members. Membership fell below 400,000 last year, a level not seen since 1940, after years of plant closures by General Motors, Ford Motor and Chrysler. At its peak 30 years ago, the union had about 1.5 million members.

“King has to talk about organizing because the U.A.W. has a big problem: it’s hemorrhaging members…If you claim to be a labor movement, you have to grow.”

Despite the UAW’s desperate needs, however, they have never managed to sell TMMK workers on the benefits of membership. Here’s why:

After 22 years of failing to organize Toyota workers, it makes sense that the UAW might try some unorthodox methods to reach Toyota employees. The UAW’s newest President, Bob King, has re-emphasized the importance of this task, and to that end he’s made some interesting decisions. For example:

In light of the UAW’s steady decline in membership, history seems to suggest the UAW will fail to organize Georgetown. Based on their latest recruiting efforts, it seems likely that history will probably keep repeating.