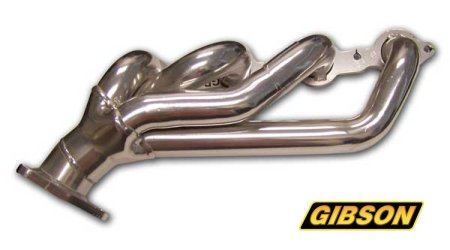 Gibson headers are available for V8-equipped Tundras dating back to the year 2000 (2007-2009 offerings are restricted to the 5.7 liter). Gibson is a name that has been around a long time in the world of exhaust systems, and a trusted manufacturer of exhaust components. With the ability to order Gibson headers in 409-L stainless steel, nickel-chrome plate, or even ceramic coated, you shouldn’t have any trouble finding a set that match the look you are trying to achieve under the hood. Gibson’s headers are bolt-on and provide the necessary connections for all sensors and air-injection equipment used on the stock Tundra manifolds. Gibson claims that its headers can add between 10-20 horsepower and 10-30 lb-ft of torque, although to see that high end you will most likely have to be running a tuned engine. 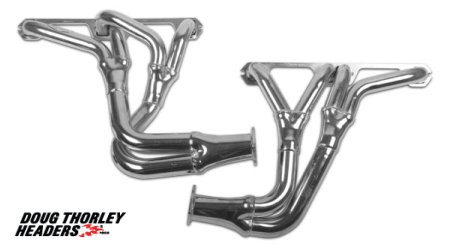 Doug Thorley offers headers for every Tundra with a V8

Doug Thorley headers can be fitted to every Tundra V8 produced since the year 2000. In the exhaust business for 50 years, the main thrust of the company’s advertising centers around what it calls a ‘Tri-Y’ design, which according to their specs increases power in the low range up until around 4,500 rpm. Long tube headers which are focused more on high low end power are also available, as are so-called “shorty” headers that make for easier installation. Doug Thorley headers are sold only with a nickel-chrome finish or a ceramic heat coating. 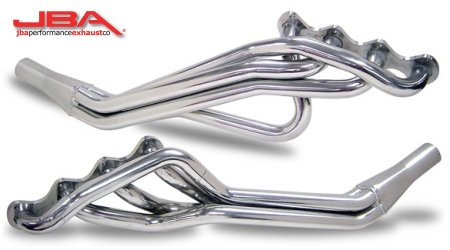 JBA Cat4ward Headers are available for many Tundras, including the 2nd gen V6

JBA Cat4ward headers are unique in that they are available not just for the eight-cylinder Tundras, but also for the 4.0 liter V6 produced between 2007 and 2009. These equal-opportunity units have been dyno tested to produce between 10 and 25 extra horsepower, with even more available on tap should a performance exhaust be included as part of the overall system.

Here are some pics of JBA headers installed on an 07′ 4.7 double cab. According to the owner Bruce, the headers definitely feel faster. The so-called “but dyno” isn’t necessarily precise, but it’s usually accurate in determining if a part made things better or worse.

JBA Cat4ward Headers are available for many Tundras, including the 2nd gen V6

Doug Thorley offers headers for every Tundra with a V8

In addition to having these JBA headers (just added), Bruce also has a K&N air intake and MBRP exhaust system. Special thanks to Bruce for sending us these pics.

If you’ve decided to add headers to your Tundra, it’s hard to go wrong with any of these header choices.