Yesterday Toyota announced their new rapid-response S.W.A.T. SMART team to deal with unintended acceleration complaints within 24 hours of being alleged. SMART – which stands for Swift Market Analysis Response Team – is supposed to contact Toyota customers within 24 hours of an unintended acceleration complaint. SMART members will schedule an on-site analysis of the customer’s vehicle, and – if necessary – bring in some Engineers from Japan to look things over. 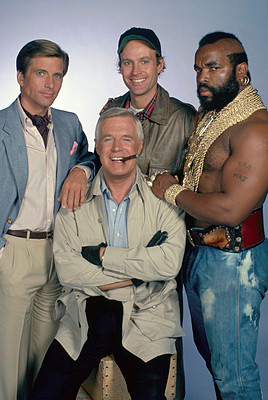 If you have a problem, if no one else can help, and if you can find them, maybe you can hire... The SMART Team

No, this is not an April Fool’s joke that’s 8 days late – this is real. Here’s the commentary:

This is probably a “smart” move (pun intended). The acronym sounds more than a little ridiculous, but the concept is solid. If Toyota can convince consumers they’re listening, it’s much easier to deflect criticism that they don’t care.

It slows down the lawsuits. Not only are people less likely to sue if they think Toyota is taking action, but it’s much harder for an attorney to prove damages to their client if Toyota had someone on the way to the customer’s home or business to inspect their car ASAP.

Too bad Toyota engineers have better things to do. Most of the time, unintended acceleration ‘events’ are just people pushing on the wrong pedal. It’s human and natural in a panic situation to push the wrong pedal, and Toyota shouldn’t need to fly someone out from Japan to make Mrs. Johnson feel better about almost running over her cat.

The concept works in terms of P.R. Toyota sent out “SMART” members to the scene of a crash in New York (proven to be driver error) and San Diego (likely faked), and they turned the public relations tide in both of these incidents.

Score one for the SMART team.