The Blue Ribbon Coalition – Protecting The Right To Go Off-Road

A lot of off-roaders got into the sport in the first place because they love being outdoors. There’s something special about breaking trail in the morning as the sun comes up and scatters light off the dew on the trees all around, or the way the forest or desert sounds at dusk as a new nature cycle slowly creeps in along with the darkness. A lot of the most pristine and untouched areas are only accessible via four-wheel drive vehicles, and the isolation and splendor of these vistas are something that off-road drivers treasure. 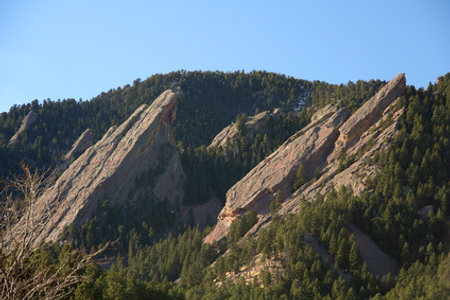 Much of the best four-wheeling land also happens to be public land, a fact that is both a bonus and a scourge to 4×4 drivers. Not all areas have a history of being friendly to off-roaders interested in trail driving, and sometimes off-road use is banned for arbitrary and uninformed reasons. Fortunately, there’s an organization devoted to protecting the use of public land while also protecting the environment – the BlueRibbon Coalition.

The BlueRibbon Coalition first came into being almost 23 years ago in response to concerns about Idaho restricting access to public lands. The group immediately set to work finding sponsorship that would help them promote the idea that these wilderness areas were meant to be shared with those willing to drive responsibly and limit their impact on the natural world around them.

Over time, the BlueRibbon Coalition has grown to represent one of the most important forces in the lobby to allow Americans the right to enjoy what is essentially land that has been set aside for them by their state or by the federal government. This often includes national parks, which have not always been open to four-wheelers.

The BlueRibbon Coalition is composed of 10,000 individual members and 1,200 member organizations including many businesses that push total national membership over 600,000. The group’s largest success has been their support of the Recreational Trails Program, which provides funding for states to maintain off-road trails and facilities through the Department of Transportation. This has opened up thousands of miles of off-road trails for public use which would have disappeared behind fences, trees and plants many years ago if not for the program.

BlueRibbon has also remained a vocal advocate in the court room for the right of individuals to explore public lands using motorized vehicles, providing the funding and legal expertise required to maintain access to these areas for snowmobiles, jet skis, ATVs and pickups. Not only does the BlueRibbon Coalition work with governments in terms of maintaining transparency of public lands, but they also hold their own members to a strict code of ethics concerning their behavior on the trail.

The commitment of the BlueRibbon Coalition to both work within the framework of the law and also protect the areas enjoyed by off-roaders from abuse, neglect or pollution has made the group one of the most respected in the country when it comes to land access and wilderness use issues. The organization’s primary strength comes from its members – each one dedicated to staying true to the BlueRibbon core values of responsible use, conservation and fairness.

If you join the BlueRibbon Coalition before the end of January, 2010, you'll receive a free $25 gift card from 4 Wheel Parts.

If you believe in the message, you should considering joining the BlueRibbon Coalition and adding your voice to the 600,000 others defending the right to ethical off-roading. Membership is $29, and if you sign up this month you’ll get a $25 gift card from 4 Wheel Parts. So, joining the BlueRibbon coalition costs $4 if you do it before the end of January, 2010.