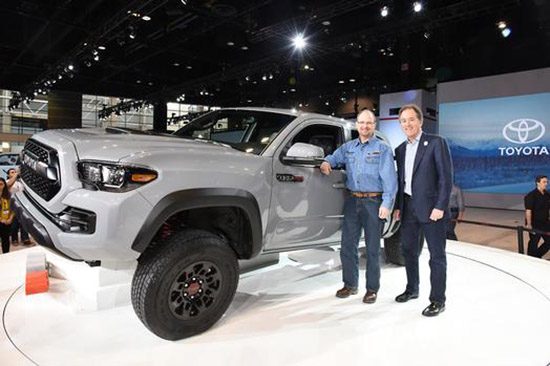 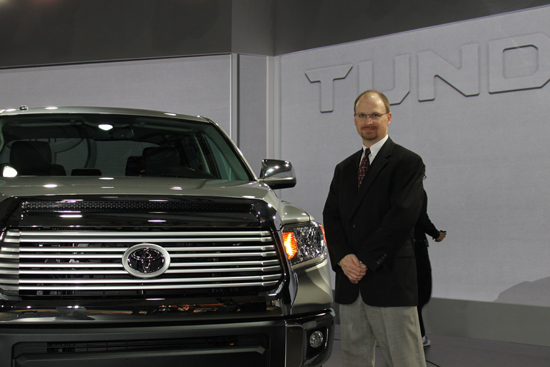 The 2014 Toyota Tundra reveal in Chicago. Standing at the right is Toyota’s Chief Engineer Mike Sweers.