All Entries Tagged With: "closure"

80% of NUMMI Workers Upset With The UAW

We got a tip last week from a NUMMI employee who is hoping mad with the UAW. It turns out that there are quite a few NUMMI workers who are upset by the fact that the UAW was protesting against Toyota’s decision to close NUMMI. In an open letter to Sergio Santos (President of the UAW Local 2244), one NUMMI worker said the following:

I find myself taken aback by the union’s behavior in recent months. Your continued efforts to petition Toyota to keep NUMMI open are not only futile, but it has angered the membership at large who feel that asking Toyota to keep the plant open at this point is a waste of time and money

Another NUMMI worker wrote an open letter to UAW President Ron Gettelfinger, demanding that the UAW stop trying to politicize NUMMI’s closure and start working on an exit package for NUMMI workers:

Toyota Closes NUMMI – Get Ready For A Backlash

It’s official – Toyota is going to close NUMMI. Toyota has a list of good reasons for closing the plant – it’s unprofitable, it’s in a bad location, building cars in California is only going to get harder with environmental regulations and increasing taxes, etc. A couple of weeks ago we came up with a list of reasons Toyota wouldn’t close NUMMI (we were wrong). 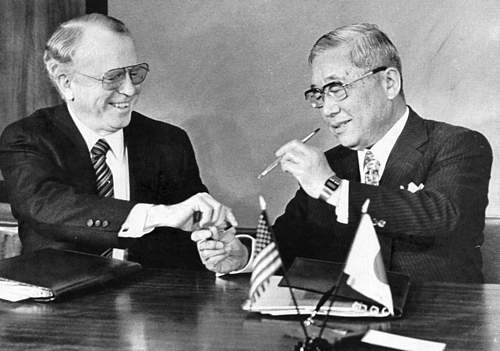 First and foremost on our list was the PR nightmare that comes with closing a plant. While “nightmare” might be a little over the top, there’s no denying this decision will negatively impact Toyota’s image. Here’s why:

Toyota Not Likely To Shutdown NUMMI

Last Friday Toyota announced that they may have to abandon NUMMI (New United Motor Manufacturing Inc.). A car plant in Northern California, NUMMI opened in 1984 and is jointly operated by GM and Toyota…or at least it was up until last Friday.

Toyota’s decision to make this announcement on Friday the 10th coincides with the “new” GM’s emergence from bankruptcy . While it’s a little complicated, here’s why that timing is relevant:

In other words, now that GM has officially abandoned NUMMI, Toyota is considering the same action…and who can blame them? A case can definitely be made: