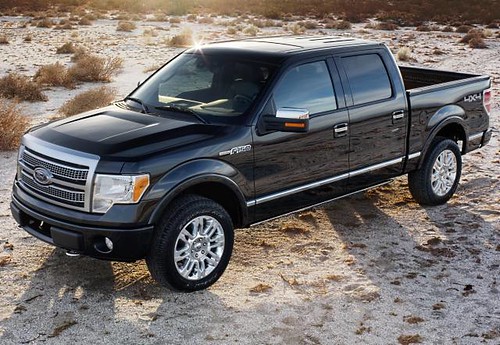 What this means: One of the main criticisms of the F150 is their lack of a true high-powered gas engine. Considering that Dodge’s 5.7L Hemi, GM’s 6.0L Vortec, and Toyota’s 5.7L i-Force all generate substantially more horsepower than the F150’s biggest gas engine (the 5.4L Triton), Ford was developing the 6.2L V8 to be the proverbial “king of the mountain.” Early figures for the Boss 6.2 were 400-450hp, and as much as 500 lb-ft of torque. However it seems that new CAFE fuel economy requirements and higher gas prices have conspired to eliminate the 6.2L.

How this will impact the new F150: Ford is stuck between a rock and a hard place right now. In addition to having to setback the launch of the new F150 a couple of months, now they’ll have to surrender top performance to another manufacturer. Currently, the Tundra’s 5.7L V8 is the most powerful half-ton truck on the road, but with Dodge’s new Hemi producing 390 HP and Chevy’s new 6.2L being rated north of 400 HP, it looks as if the F150 will hold the honor of being the least powerful half-ton truck available.

Of course, being the most or least powerful truck isn’t as important as it once was. Fuel economy is a key selling point for new trucks, and Ford’s venerable 5.4L is going to be paired up with a new 6-speed transmission. While the new 5.4 won’t have much horsepower (300-320 hp, estimated), achieving 17-20 mpg in a new 5.4 F150 seems probable.

The new F150 is definitely going to be less powerful than the Tundra – that’s for sure. We can’t wait to compare them side by side…in the mean time, check out our 2009 F150 v. Toyota Tundra preliminary comparison.