In other words, it’s a lot. Too much if you ask the US Army. Considering that 70% of what the Army hauls to the battlefield is fuel (not ammo, not food, but fuel), any opportunities to reduce fuel consumption are investigated seriously. That’s why the Army gave Quantum Technologies of Irvine, CA a $4.88 million contract to develop this prototype: 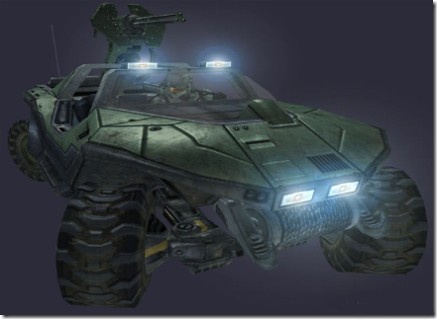 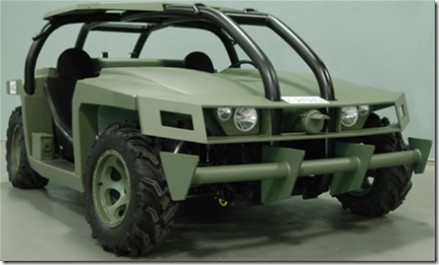 You can see how we might get the two confused.

The prototype, known as the U.S. Army Alternative Mobility Vehicle (AMV) Aggressor, is powered by a battery pack that is charged by a yet-to-be-determined diesel. While the main benefit of having a battlefield hybrid is fuel savings, the Aggressor also has a “silent” battery-only mode that allows the vehicle to move with little or no noise. Unlike most consumer hybrids, the Aggressor is fast. O-40 in about 4 seconds. We know — it’s not as fast as a new Tundra — but it’s not bad. Besides, does your Tundra have a S.A.W. attached to it?

What does this mean for us? A few things.

1. When the military develops a battlefield diesel hybrid, we’re all that much closer to seeing one parked in our own driveways.

2. Hybrid technology is powerful and durable enough to be considered for a vehicle used in combat. That means the whole “hybrid” thing is probably here to stay.