According to a limited and (admittedly) flawed NHTSA study, hybrid cars seem to hit twice as many pedestrians as non-hybrids in certain low-speed maneuvers. The reason? Hybrids are nearly silent when operating in electric-only mode. 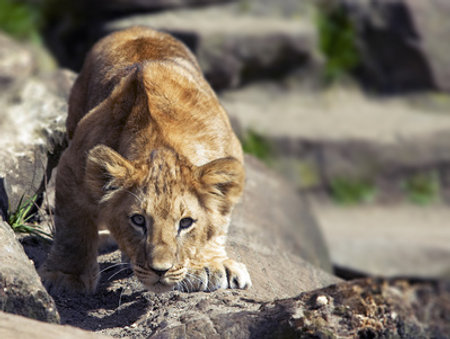 Specifically, the study states that:

…[when] a vehicle is slowing or stopping, backing up, or entering or leaving a parking space, a statistically significant effect was found due to engine type. The HEV [hybrid electric vehicle] was two times more likely to be involved in a pedestrian crash in these situations than was an ICE [internal combustion engine] vehicle…the incidence rate of bicyclist crashes involving HEVs [hyrbids] was significantly higher…

The data that this report is based on was only taken from a small number of states (13) and over the course of a relatively short time period (8 years). Therefore, the study is far from conclusive (and NHTSA has said as much).

But do we really need a study to “prove” that hybrids hit more people? Doesn’t it seem sort of self evident? Ask yourself the following questions:

Chances are good that you can answer yes to 2 or 3 of these questions…here’s why.

You’re a human who uses your EARS. Hearing is one of two really important senses that people use while driving. It’s why our cars have horns. It’s why ambulances have sirens. It’s why it’s illegal in most places to drive your car while wearing headphones. It’s why there are laws against really loud stereos and exhaust systems.

While hybrid advocates are quick to point out that the study results could be explained by poor visibility, and that the study data is significantly flawed, (and they’re right), do we really care? Isn’t it obvious that hybrids don’t make noise and that as a result some pedestrians get hit?

There are three options going forward:

Option 3 is probably off the table, but just for grins let’s consider it. While hybrids were 50% more likely to hit pedestrians according to the flawed study, the total incident rate was less than 1% of all vehicle crashes. In other words, as bad as it could be, it pales in comparison to other problems. Animal strikes (cows, deer, elk, etc.) injure FAR more people than hybrids hitting people in parking lots. Maybe our energy is better spent elsewhere.

Option 2 is less likely. Most people aren’t going to critically evaluate the current study, so they’re probably never going to learn that it’s flawed and that a better study is needed. Such is politics in America.

Option 1 seems most likely. It’s very easy for NHTSA and/or Congress to instruct auto manufacturers to add a noise maker to hybrids while operating in electric mode.

What do you think – which option makes the most sense? Is there an option missing?