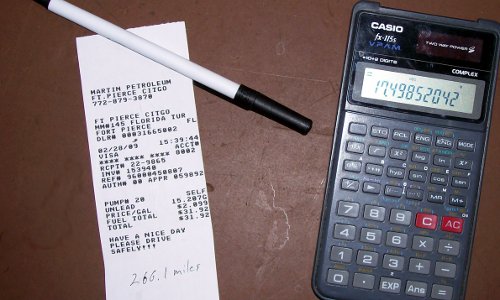 Immediately upon installation of the Fuel Doctor I recorded an increase of a little more than one and a half miles per gallon. The average per tank miles went from 14.5 MPG to 16.1 MPG – garnering an improvement of nearly ten percent. This improvement was phenomenal, but I viewed it with caution and reservation. Caution in that I questioned my accuracy and reservation in that I wanted to see this improvement sustained over a long period of time as well as miles and gallons. In previous testing of other products I have recorded initial gains only to see those gains wane and eventually disappear over the course of several tanks of fuel or a few thousand miles.

In addition to my concerns over the reliability of the initial data returns, I also had concerns as to if the Fuel Doctor was having an impact on the accuracy of my Scanguage. Since the Fuel Doctor claims to “smooth out” the electrical noise in my truck I wanted to be sure that it was not somehow affecting what my Scanguage was reading. I compared the average miles per gallon generated by the Scanguage against the results of the miles driven divided by the number of gallons pumped to full. The numbers have been dead on.

One strange anomaly I have noticed since the installation of the Fuel Doctor is that the miles per gallon actually go up a little while going uphill. Initially when beginning at the bottom of a grade, the MPG’s drop down as they usually do. But then, they bump back up by a couple of MPG’s. This happens consistently and is very interesting in light of the company’s claims both in terms of improving fuel economy through cleaning up the electrical signals in the vehicle. Is it possible that increasing engine load (climbing a grade) causes an increase in the variations in signals of the vehicle’s electrical system?

If so then it would appear that the Fuel Doctor does work in this circumstance. Even more interesting would be to test this with load such as a trailer attached or weight in the bed.

Current Data at time of this writing: