Edmunds Recommends Tundra Over F150 For 2010

Last Friday Edmunds.com announced their recommended vehicles for 2010, and two Toyota trucks made the list: the Tundra and the Tacoma. Alongside, Edmunds also recommended the Ram 1500 and the Nissan Frontier. Here’s a breakdown of their truck recommendations.

The Most Eco-Friendly Half Ton Truck Engines

Many hard-core “greenies” long for the extinction of the pickup truck. These people view pickups as an anachronism – a hold-over from a time when Americans actually worked for a living. If you’re reading this blog you already know, but here it is again: 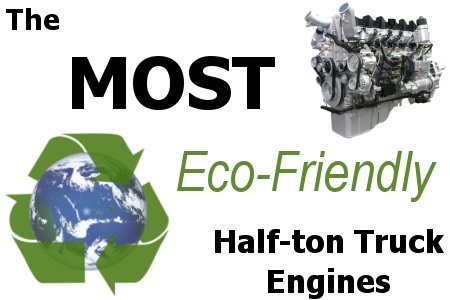 The Most Eco-friendly half-ton truck engines.

Now that we’ve got that out of the way, what about the “greenies” who need a pickup but want one that’s eco-friendly? Some would say that there’s no such thing, but we disagree. Using federal fuel economy and carbon footprint data provided by the EPA, we’ve put together a list of the most eco-friendly pickup trucks.

Car and Driver gave a nice review of the new 4.6L engine in the 2010 Tundra. Basically, C&D likes the engine for what it is – an adequately powerful and efficient V8. 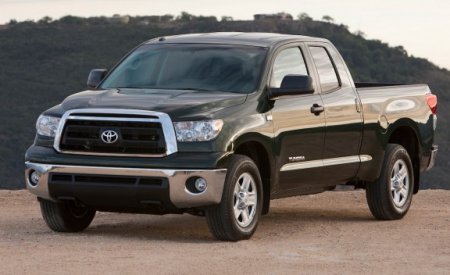 The review mentions some nice things about the engine and the Tundra in general too:

Here’s a new one – Motor Trend’s recent 2009 F150 vs 2009 Toyota Tundra comparison found that the Tundra had the following advantages:

The winner? Why the F150 of course! I’m not making any of this up folks – all of that info was in the article.

Most popular car magazines/publications – such as Motor Trend, Car and Driver, and Consumer Reports – are oriented towards cars. Not trucks, not SUVs, but cars. These car publications often evaluate trucks and SUVs completely incorrectly. Rather than talk about a truck’s towing and hauling capabilities, these publications emphasize “cabin noise” and “ride quality.” While these are reasonable criteria worth discussing, the fact is they’re not that important for your typical truck owner. We’re looking for something that hauls the mail, not something that hauls “the ladies that lunch.”

Don’t get us wrong here – comparisons are best when they evaluate a lot of criteria. However, any reviewer that says quote “Several logbook scribes thought the Tundra was just too big” has no business reviewing trucks (from Car and Driver reviews the Tundra long-term). If you think a truck is bad because it’s big, you don’t get it.

This past Sunday Edmunds.com published a balanced and reasonable review that evaluated trucks on the important stuff – hauling, towing, and overall performance. While we dont’ agree with their conclusions (the Tundra placed 2nd behind the less-than-utilitarian Ram), we appreciate this opinion:

For me, trucks are about utility. I wouldn’t own one unless I had to perform heavy towing and large payload-hauling as we did in this test. Everything else — and I mean everything — can be done with another kind of vehicle. For this reason, I can’t help but evaluate trucks without placing significant weight on those abilities.

That’s a quotation from Josh Jacquot, Senior Road test editor for Edmunds.com. While Josh isn’t a “truck guy” – admittedly so – he understands the criteria that trucks should be judged by. Kudos. This might be the first Edmunds.com review we’ve ever seen that doesn’t make a ton of ridiculous comments about trucks being “too big” or “beastly.”

Here’s what we saw that we liked: