All Entries in the "Maintenance Tips" Category

Why You Should Do Your Maintenance At The Dealer

This week’s earlier story about Tundra air induction pump problems highlighted a common concern that many vehicle owners have: Where do I take my vehicle for maintenance and repairs? If your car or truck is 8 years old or newer, often times the best answer is the dealership. Here’s why:

If you’re a vehicle owner and you live in North America, there’s a pretty good chance you’ve had at least one bad experience at a car dealership. Car dealers (generally speaking) aren’t too popular because the industry has a long history of poor service. While this has most definitely changed in the last decade (dealerships are better than they’ve ever been), there’s no disputing the fact that dealers aren’t perfect.

If you’re having a problem with your dealership and you’re not sure what you should do, there are TWO posts you should read. The one you’re looking at now, and this post on Dealership Customer Service – Tips for Getting Your Problem Solved.

We recently received a copy of a Toyota TSB (technical service bulletin) regarding the mysterious 2010 Tundra check engine light issue we documented a few months ago. What follows is an explanation of the exact problem, how it’s fixed, and what Tundra owners can expect. We’ve also included a VIN list that you can use to see if your Tundra is effected by this TSB.

As has been rumored on a few internet forums, Toyota is expected to officially announce a change to the oil change interval for a series of 2010 Toyota vehicles – including the 2010 Toyota Tundra with the new 4.6L V8. Toyota will inform 4.6L Tundra owners that they can go 10,000 miles between oil changes but that they must use 0W-20 synthetic oil. If any 2010 4.6L Tundra owners have already done a full-synthetic oil change at 5k miles, Toyota will credit them a free oil change. 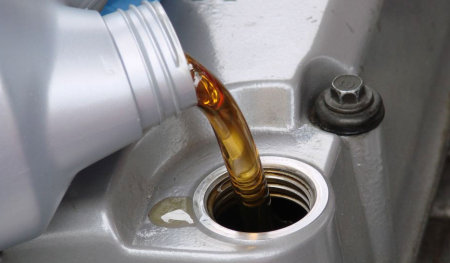 Note – if you’re not sure about the difference between synthetic and “natural” motor oil, check out this post about synthetic oil.

However, while the use of 0W-20 synthetic oil is now required for the 2010 and up 4.6L Tundra, the 10k mile oil change interval recommendation is not for Tundras that are used in such a way as to qualify as “severe duty.” Severe duty trucks will instead need oil changes at 5,000 miles.

UPDATE – TOYOTA HAS ISSUED A TSB FOR THIS ISSUE

I have just bought a 2010 Tundra and only had it for 5 days before the check engine light came on. It didn