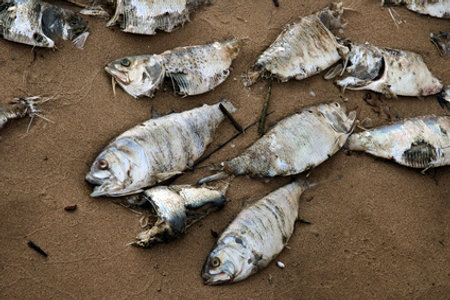 There are a lot of factors that go into determining a truck’s tow rating, but generally speaking we can boil all the factors that determine maximum trailer tow ratings down to five categories:

Amazingly, despite the fact that all of these considerations are fairly straightforward, there are no standard testing procedures to determine a vehicle’s maximum trailer tow rating. Each manufacturer is allowed to determine their own tests.

We all know that the “highest in class” tow rating is a bragging right that truck owners cherish. Who can pull more is a standard that truck owners like to compare…but what if a truck manufacturer wanted to over-rate one of their vehicles to grab bragging rights? What would be the risk? Consumers that tried to pull the max would either:

In scenario #1, the manufacturer has little risk. The consumer isn’t happy and might not buy another truck from them in the future, but that’s not a huge problem…not many consumers pull the maximum.

In scenario #2, the manufacturer might have to replace an engine or transmission prematurely. This is likely the biggest disincentive to over-rating a vehicle because it results in more warranty replacements (and therefore lower profits).

In scenario #3, the manufacturer might have to endure a lawsuit. Considering that most individual consumers don’t have the resources or wherewithal to drag a major automaker into court, this is the lowest risk scenario of all.

Knowing that these are the risks, let’s take one more look at some manufacturers maximum trailer tow ratings:

Anyone want to guess that some of that money is used to offset higher warranty claim rates and to protect against possible future liability claims? Keep in mind it only costs $380 to go from a 5,000 lbs tow rating to a 9,800 lbs tow rating for the same model.

Bottom Line: Maximum trailer tow ratings should be treated with a high degree of skepticism, and a good rule of thumb is to tow no more than 80% of your truck’s rated max. As many have said, if you’re looking to pull 8-10k pounds, you might want to seriously consider a 3/4 or 1 ton truck.

By the way, there is some good news about maximum trailer tow ratings. TruckTrend.com did a nice story recently about a new SAE tow rating standard that’s worth a read. Hopefully, when all the manufacturers adopt this standard, we’ll see some reality in the numbers from everyone (Toyota included).